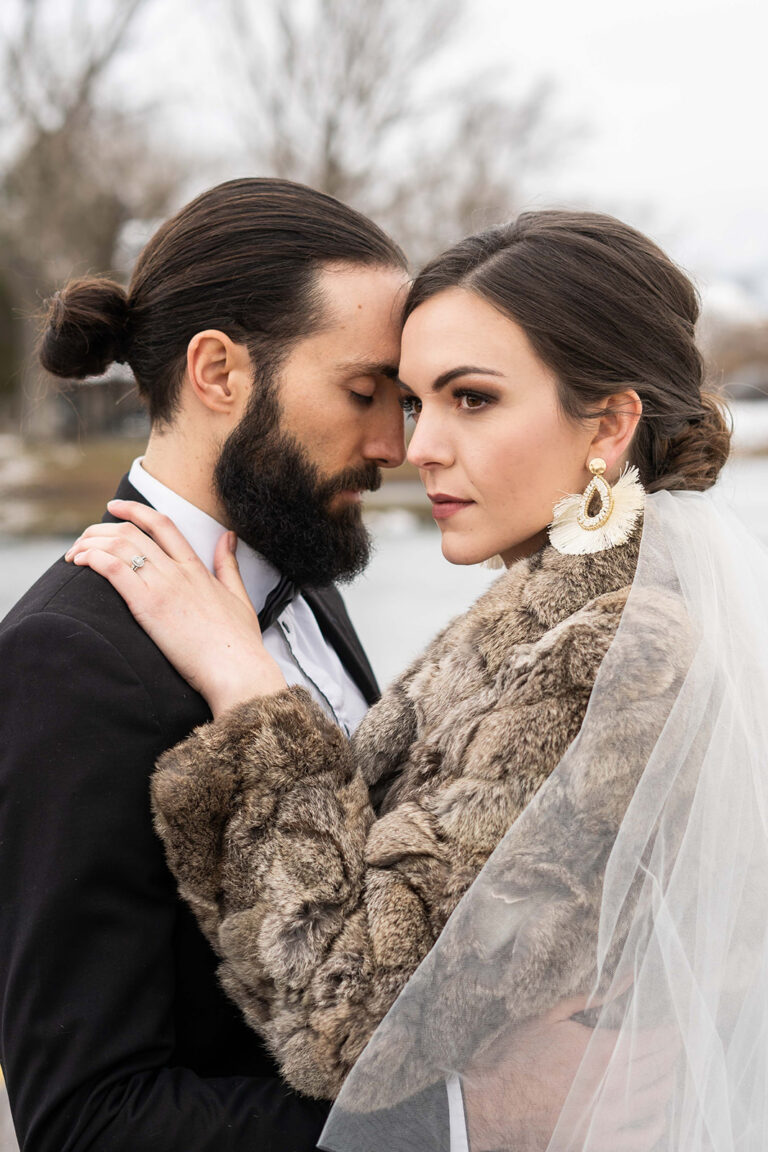 Whether you’re newlyweds or longtime loves, seeing your partner dressed to the nines is a great reminder of just how good you’ve got it. On a rainy day last January, Utah photographer, Emma Dunn- of Em & Co. Photography – had the chance to witness that magic from behind her camera lens.

Garrett and Sydney have been married for five years now, but according to Emma, the way Garrett looked at Sydney when he saw her in a wedding dress would’ve made you think he was watching her walk down the aisle. The couple’s backdrop – Liberty Park – had been completely cleared out because of the rain, which allowed Emma’s sole focus to be on how in awe Garrett is of his wife and the love Garrett and Sydney share with one another.

Lexi Rabelo – of Lexi Rabelo Films – styled Garrett and Sydney’s dreamy urban shoot with enough tonal contrast to create an air of drama while maintaining the couple’s natural elegance. By choosing primarily understated tones with occasional pops of muted rose and green, Lexi was able to make the billowing crimson smoke bomb that appeared as a backdrop in some of the shots even more striking.

This shoot’s biggest success was its capacity to capture Garrett and Sydney meaningfully and honestly while incorporating props as a means to elevate and add interest to the photos.

Scroll on for more urban-chic inspiration from Em & Co Photography: