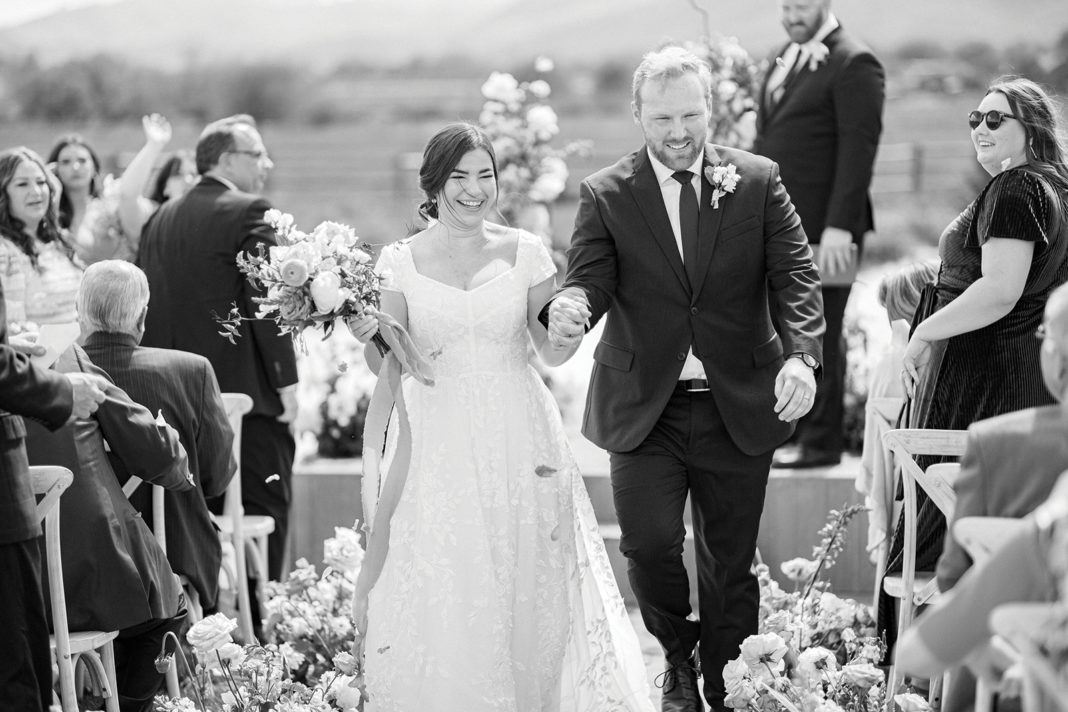 Derek and Kayman met in their hometown, Orem, while they were both in junior high. Almost instantly they became best friends, which lasted through high school. “I actually took Derek on his first date,” Kayman says. After they both graduated, Derek took a job at Kayman’s father’s company and “one thing lead to the other and we started dating.”

After they had been together for just over a year and a half, Derek proposed to Kayman on Christmas Day. He began by playing a slideshow he’d made of pictures and memories from their time together up to that point. At the end of the slide show, he asked her to stand while he got down on one knee. “I was so excited that I just went straight in for the kiss,” Kayman says. “I guess he knew what my answer was!” Derek had also arranged for both of their families to sneak in while the slideshow was playing, and so after Kayman eventually said yes, a crowd of their loved ones came in to offer the couple their first congratulations.

Kayman and Derek wanted to host a wedding celebration with touches of both modern and traditional elements. With those parameters in mind, they were immediately taken with River Bottoms Ranch, where the venue’s crisp-white barn, serene pond and green horse pastures are all framed by views of Mount Timpanogos. Kayman, who freelances as a florist, chose a soft and lush color palette of golds, pinks, blues, greens, peaches, dark greens and burgundy to complement the venue’s bucolic setting. The couples’ ceremony was held outdoors in front of the property’s pond, between two luxuriant floral columns with still-snowcapped mountains in the background. A string duet provided ceremony music. Kayman was attended by her two sisters, cousin and two best friends. Derek’s groomsman were three of his older brothers, and his nephew served as the ring bearer. The flower girl was a close family friend whom Kayman affectionately refers to as her niece. Another of Derek’s brothers officiated. The couple was sealed in the Church of Jesus Christ of Latter-day Saints’ Provo Temple the next day.

Following the “I dos,” 100 wedding guests moved inside River Bottoms’ airy and light-filled barn to sit down at long, flower-flocked tables for dinner. The menu included Italian chicken pasta, filet mignon, Caesar salad, breadsticks and raspberry lemonade. The dessert course featured a beautifully modern, two-tier cake decorated with sugar petals by Flour & Flourish. One tier of the cake was Samoa flavored (like the Girl Scout cookies); the other, crème brûlée. Later, 100 more guests arrived for the reception where they were served sliders and fries, chocolate cake and Oreo, berry and strawberry cheesecake-pie shakes. The Diamond Empire Band provided music for dancing, which included Neil Diamond’s “Sweet Caroline” as a tribute to Derek’s family’s dedication to baseball; “All Star” by Smash Mouth—one of Derek’s favorite songs which Kayman asked the band to learn as a surprise to him; and “Nothing Can Change this Love” by Sam Cooke, which played during Kayman and Derek’s first dance as a married couple. The couple exited the reception in the bride’s father’s bright-blue 1950 Chevrolet. Two weeks after the wedding, Kayman and Derek moved to Texas where Derek is earning a graduate degree in physical therapy and Kayman is teaching dance at a competitive dance studio.

Just before the ceremony began, Kayman and Derek took a moment to recite their vows to each other with no one else around. “It was something that we wanted to keep special between just the two of us,” Kayman says.

Utah’s ranches make for some beautiful wedding backdrops. Here’s all you need to know about planning a ranch wedding.

14 Wedding Palettes for a Spring Ceremony 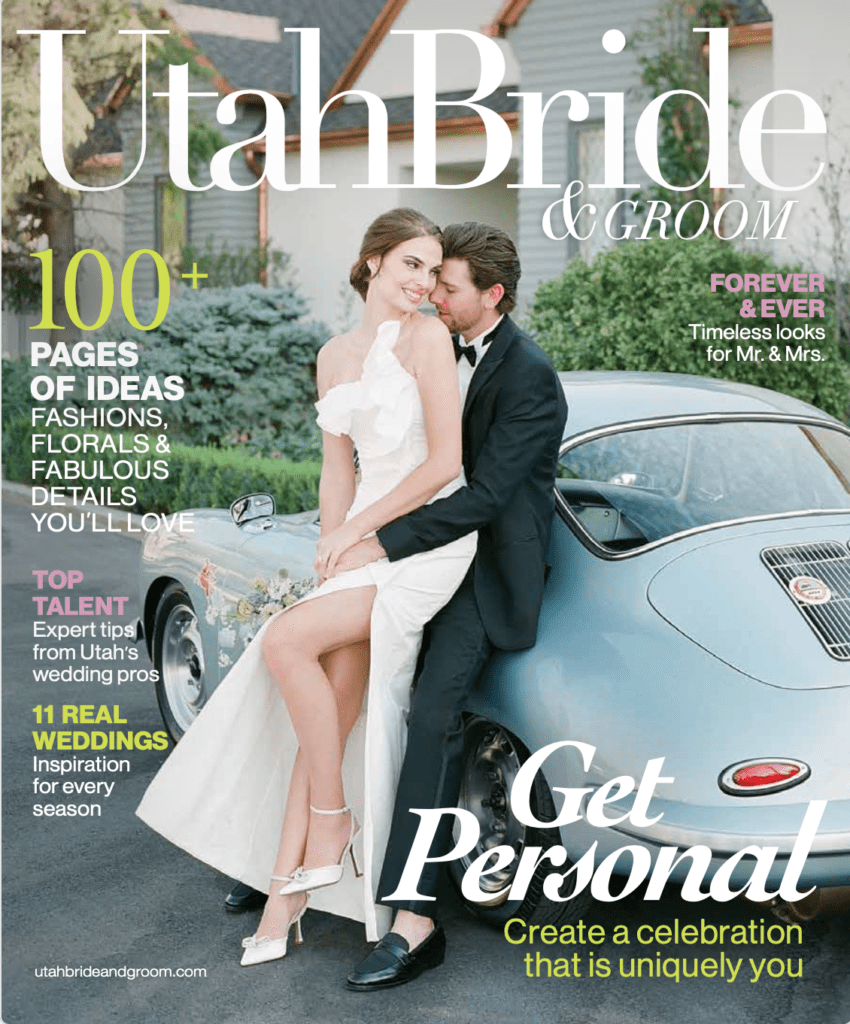 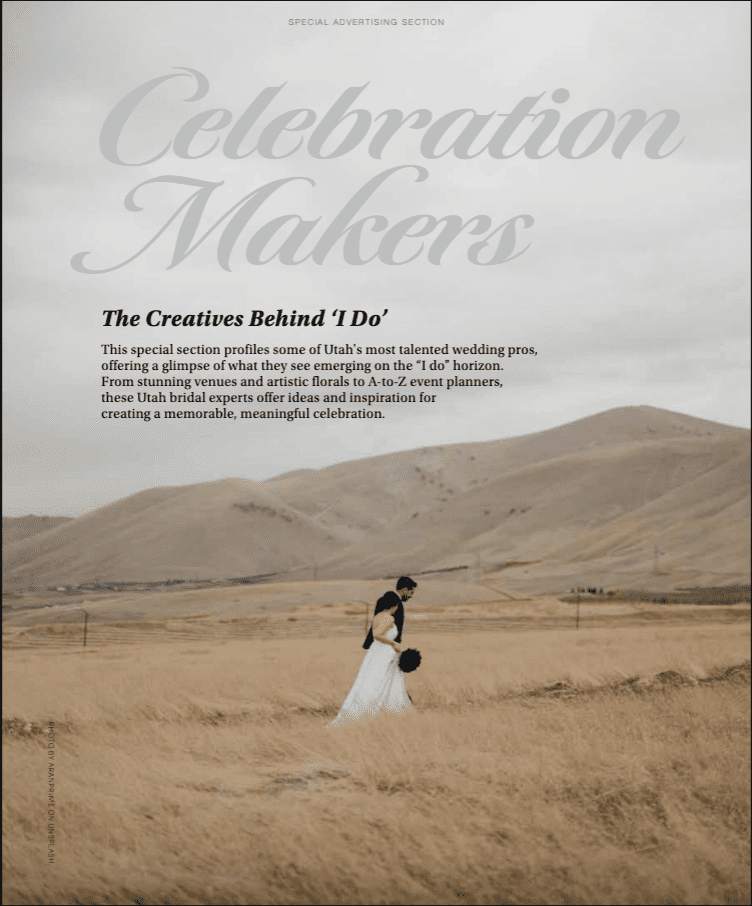